The practice of tradtional Ashtanga Yoga as taught by Sri K. Pattabhi Jois of Mysore, India is an ancient discipline which utilizes the body with awareness of the breath to transform the mind.

Ashtanga Yoga literally means “eight-limbed.” The eight limbs of Ashtanga Yoga were originally described by the sage Patanjali in the ancient text, the Yoga Sutras (believed to be compiled in 2500 B.C.)

AHIMSA means not causing injury to anyone, including animals, in any form, at any time, or for any reason, in word, thought, or deed. It is more than a negative command not to kill; it has a wider positive meaning: to love.

AHIMSA PRATISHTHAYAM KRIYA PHALA SHRAYATVAM Upon being established in non-hurtfulness, there is a relinquishing of hostility in the presence of that (ahimsa). Yoga Sutra 2.35

SATYA means truthfulness. It also means refraining from speaking if the truth will do harm. According to Patanjali’s Yoga Sutras, if one follows the truth in this manner, all one’s words will become true and all one’s desires will be fulfilled. SATYA PRATISHTHAYAM KRIYA PHALA SHRAYATVAM Upon being established in truth, there is surety in the result of actions. Yoga Sutra 2.36

ASTEYA means not stealing the property or possessions of others. Being envious of or begrudging another; cheating someone with sweet words; gaining selfish ends under the guise of truthfulness: all are to be abandoned. Heaps of gems fall before the yogi who practices asteya, and he becomes the abode of all gems.

ASTEYA PRATISHTHAYAM SARVARATNA UPASTHANAM Upon being established in non-stealing, there occurs the attainment of all prosperity. Yoga Sutra 2.37

BRAHMACHARYA means self-restraint. It is sometimes translated as celibacy, which comes from the belief that loss of semen leads to loss of vitality. But this does not imply that yogis should be celibate; on the contrary, many great yogis have been householders with families. Without experiencing human love and happiness, it is not possible to experience divine love. Brahmacharya also means one who sees divinity in all.

BRAHMACHARYA PRTISHTHYAM VIRY LABHAH Upon being established in brahmacharya, there is the attainment of vital energy. Yoga Sutra 2.38

APARIGRAHA means not taking more than one needs. It is another facet of ASTEYA. The yogi feels that the collection or hoarding of things implies a lack of faith in God and in him/herself to provide for the future. By the observance of aparigraha, the yogi makes his/her life as simple as possible and trains the mind not to feel the loss or the lack of anything. APARIGRAHA STHAIRYE JAMA KATHAMTA SAMBODHAH Upon a foundation of non-possessiveness, there arises the full understanding of the wherefore of birth. Yoga Sutra 2.39

SHAUCHAT SWANGA JUGUPSA PARAIR ASAMSARGAH Owing to purity, there is a desire to protect one’s own body, being the non-contact with whatever is adverse (to that). Yoga Sutra 2.40

SANTOSHA means contentment. A mind that is not content cannot concentrate. Santosha is a state of mind that has to be cultivated. SANTOSHAD ANUTTAMA SKKHA LABHAH. Owing to contentment, there is an unexcelled attainment of happiness. Yoga Sutra 2.42

TAPAS means observances performed to discipline the body and sense organs. It is a burning effort under all circumstances to achieve a definite goal in life; ultimate union with the Divine and to burn up all desires which stand in the way of this goal.

KAYENDRIYASIDDHIRA SHUDDHIKSAYAH TAPASAH The perfection of the body and sense organs is due to intensity in spiritual practice, being the elimination of impurities. Yoga Sutra 2.43

SVADHYAYA means study or education. This includes sacred texts AND the study of the Self. It is the drawing out of the best within a person. The study of sacred texts (of all faiths) will enable the yogi to concentrate upon and solve the difficult problems of life when they arise. It will put an end to ignorance and bring knowledge.

ISHVARA PRANIDHANA means surrender to God, carrying out all our actions, spoken or unspoken, without desiring their fruit, and offering it to God. If a mind is filled with thoughts of personal gratification, there is danger of the senses dragging the mind after the objects of desire.

SAMADHI SIDDIH ISHVARA PRANIDHANAT The perfection of samadhi is due to the perfect alignment of attention with the omniscient seer within. Yoga Sutra 2.45

3. ASANA Posture. According to B.K.S. Iyengar, “Asana brings steadiness, health, and lightness of limb…The yogi realizes that his life and all its activities are part of the divine action in nature, manifesting and operating in the form of man. In the beating of his pulse and the rhythm of his respiration, he recognizes the flow of the seasons and the throbbing of universal life. His body is a temple which houses the Divine Spark. He feels that to neglect or deny the needs of the body and to think of it as something not divine, is to neglect and deny the universal life of which it is a part…The yogi does not look heavenward to find God for he knows that He is within, being known as the Antaratma (the Inner Self). He feels the kingdom of God within and without and finds that heaven lies in himself,” (Light on Yoga, pp. 41).

4. PRANAYAMA Regulation of Energy Through the Rhythmic Control of Breath “Prana means breath, repiration, life, vitality, wind, energy or strength…Pranayama thus connotes extension of breath and its control,” (Iyengar, 43). This control is over the functions of PURAKA (inhalation), KUMBHAKA (retension), and RECHAKA (exhalation). “As lions, elephants and tigers are tamed very slowly and cautiously, so should prana be brought under control very slowly in gradation measured according to one’s capacity and physical limitations. Otherwise it will kill the practitioner,” warns the Hatha Yoga Pradipika (chapter II, verse 16).

5. PRATYAHARA Withdrawal and Emancipation of the Mind from the Domination of the Senses and Sensual Objects

When this stage is reached, there is rhythmic control of the breath, and the senses turn inwards, rather than chasing after external objects of desire. According to Iyengar, “The mind, in truth, is for mankind the cause of bondage and liberation; it brings bondage if it is bound to objects of desire, and liberation when it is free from objects. There is bondage when the mind craves, grieves, or is unhappy over something. The mind becomes pure when all desires and fears are annihilated,” (Iyengar, 46).

6. DHARANA Concentration or Complete Attention When the yogi is able to direct his/her attention without distraction while being present.

“When the flow of concentration is uninterrupted, the state that arises is dhyana. As the filament in an electric bulb glows and illumines when there is a regular uninterrupted current of electricity, the yogi’s mind will be illumined by dhyana…He remains in a state of consciousness which has no qualification whatsoever…Like a streak of lightning the yogi sees LIGHT that shines beyond the earth and the heavens. He sees the light that shines in his own heart. He becomes a light unto himself and others, (Iyengar, 51).

8. SAMADHI A State in Which the Aspirant is one with the Object of his/her Meditation; Bliss, Union, “Yoga”.

At the peak of meditation, the yogi passes into a state of samadhi, “where his body and senses are at rest as if he is asleep, his faculties of mind and reason are alert as if he is awake, yet he has gone beyond consciousness…there remains no sense of ‘I’ or ‘mine’ as the working of the body, the mind, and the intellect have stopped as if one is in deep sleep…There is a peace that surpasses all understanding…The state can only be expressed by profound silence. The yogi has departed from the material world and is merged in the Eternal. There is then no duality between the knower and the known for they are merged like camphor and flame,” (Iyengar, 52). 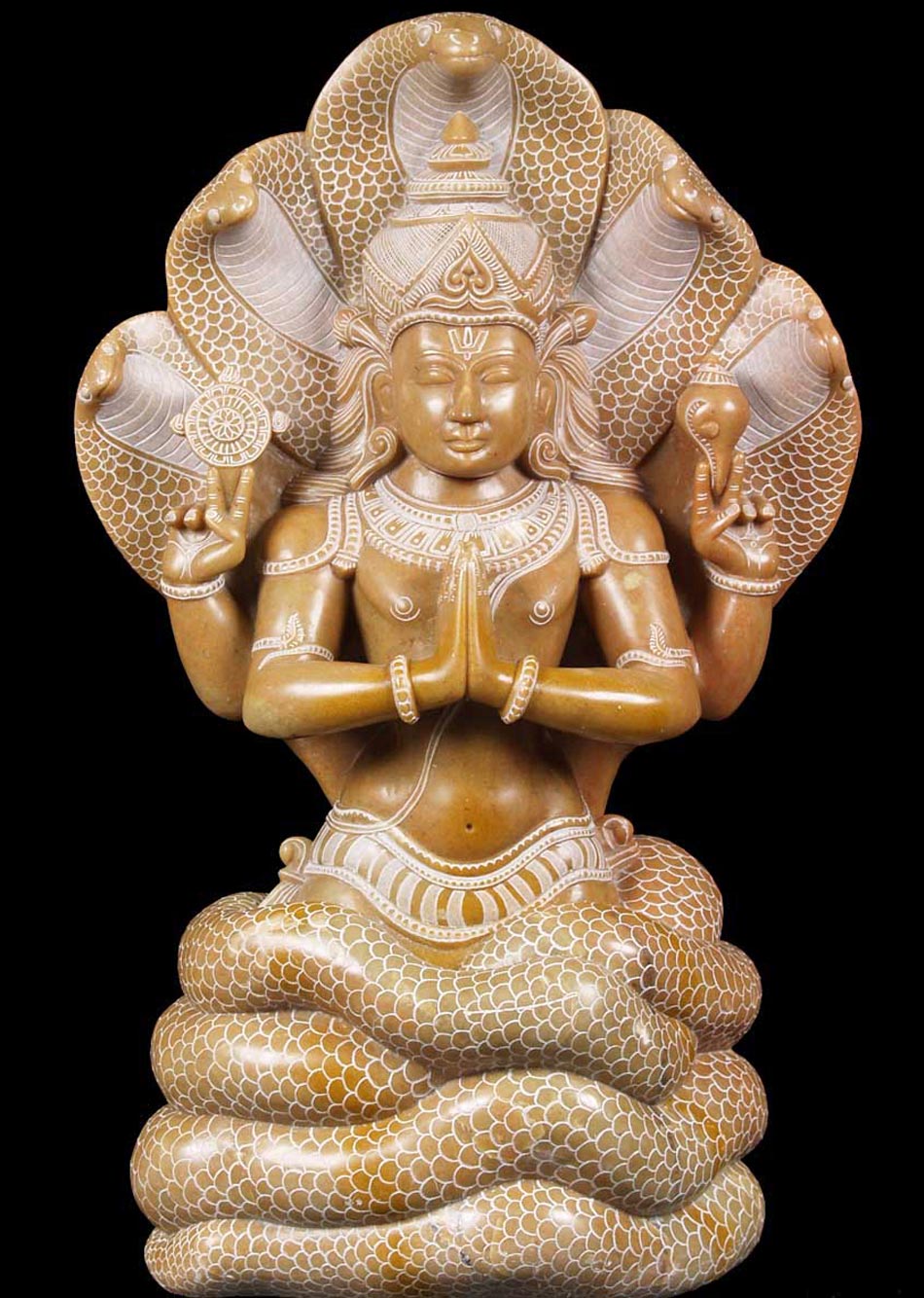 Yoga takes you into the present moment, the only place where life exists.